Get fresh music recommendations delivered to your inbox every Friday.
We've updated our Terms of Use. You can review the changes here.

by The Dead Goldfish Ensemble 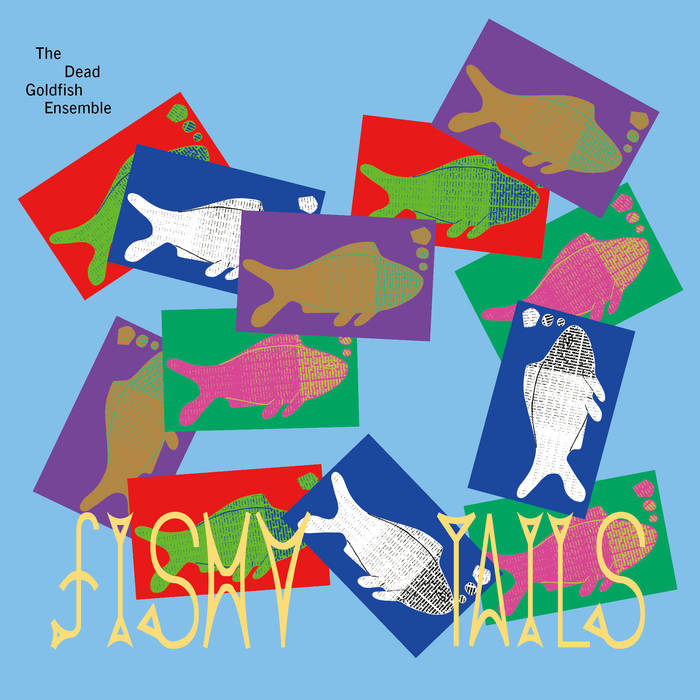 Inspired by Kraftwerk's "Autobahn," Southampton-based musician Steve Hartwell, aka The Dead Goldfish Ensemble, started to craft his own music in 1983 using sequencers and the MSX computer, which could be said as the first generation of home computers available for music production. Hartwell made a tremendous amount of recordings in his home studio until 1993, reflecting his take on minimalist music of Steve Reich and Philip Glass, it featured strange imaginative polyrhythms and friendly playful melodies that innocently bounce around.

One circumstance that made this possible was the format of cassette tape publication. From the early 1980s to the early 1990s, it was the most inexpensive and easiest way to release works for independent labels and DIY musicians since it allowed them to dub copies at home, all within their production environment. Various labels in Europe, the United States, and Japan offered artists to contribute their works for compilations. As a result, a vast number of cassette tapes were produced around the world. Those releases eventually led the labels to help form some unique local music scenes and communities by connecting enthusiasts through personal contacts. Essentially, since they were international compilations, it contributed hugely to introducing unknown talented artists from each area to the rest of the world.

This record is The DGE's first album released in vinyl format, compiled from those releases from the cassette era.

The cover design is by Yu Yokoyama, featuring the goldfish drawing by Hartwell himself. The sound is digitally mastered by Makoto Oshiro using the original master tape.

A download url for "Polonia" is included. This is The Dead Goldfish Ensemble's first album of new material since 2017's "Alive In Paris".

All songs composed, performed, and produced by The Dead Goldfish Ensemble. This LP is compiled
from tracks originally released on cassette tapes. Digitally remastered from the reel-to-reel masters
by Makoto Ohshiro. Artwork and Design by Yu Yokoyama (BOOTLEG). Photography by Ewa Hartwell.

Bandcamp Daily  your guide to the world of Bandcamp